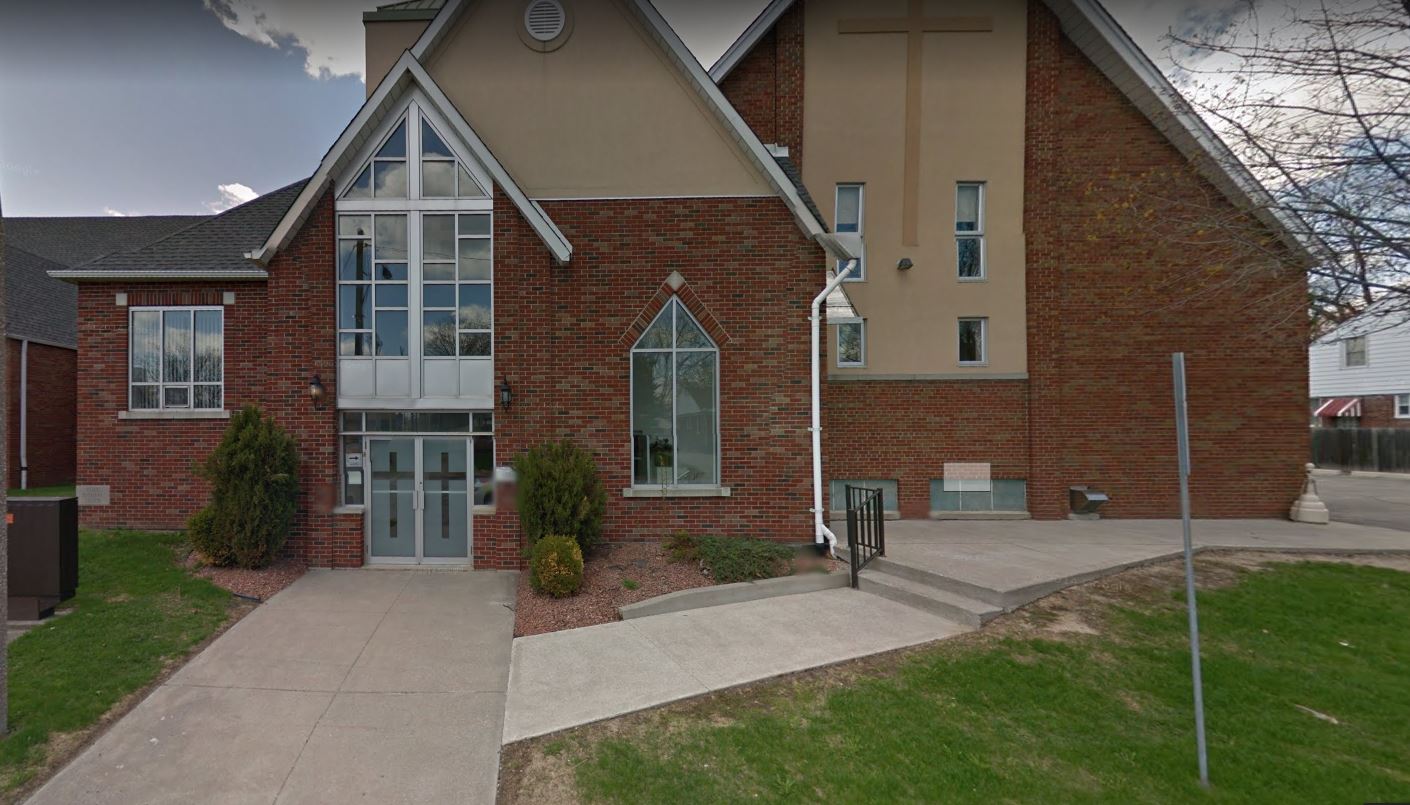 What is liturgy and why is worship liturgical? Broadly speaking, liturgy is a fixed agenda of doing things, an order of events in a published sequence. People are naturally "liturgical" in that whenever a group of people gathers for a unified purpose, whether a city council meeting, a voter's assembly, or a sporting event, there is a specified agenda. Sometimes the event is accompanied by much pomp and circumstance, such as homecoming games, graduations, or inaugurations of presidents.

The same is also true of the church. Hymns are sung, readings are read, prayers are prayed at specified times and places, with everyone having a specified task. The church is by divine mandate an "ordered" assembly (1 Cor. 14:40).

The word "liturgy" comes from the secular Greek word leitrugia, which means "official or public service of the people." It was what a public official did for the benefit of the whole people. In church terms, liturgy most properly refers to what God does sacramentally for us through the Gospel and sacraments via the office of the ministry that administers them, and secondarily, what we, the people of God, render back to God sacrificially with our faith, prayers, and praises. Sacrament and sacrifice are the two poles of Christian worship and the Liturgy.

The goal of the Liturgy is neither to provide Christian entertainment, manipulate emotions, nor make one feel "comfortable." The Liturgy is the application of the death and resurrection of Jesus Christ to the lives of sinners. It is a living encounter with the living Word. It is God's Law and Gospel in action, working repentance and faith, at once discomforting and comforting, but never comfortable. The ultimate goal of the Liturgy is the death of the sinner and the resurrection of the saint, which is the daily life of Holy Baptism.

While there is no prescribed liturgy in the NT, early Christian liturgical practice reflected its history in the synagogue and the temple (Acts 32:42,46). The Lutheran order of Divine Service of Holy Communion has its historic roots in the western catholic Mass, whose origins lie mainly in N. Africa and Rome, with some later developments in northern Europe. Some parts of the Liturgy date back to AD 150.

Luther and the Lutheran Reformers did not discard the historic liturgy of the mass, but reformed it so that the liturgy properly distinguished sacrifice and sacrament, God's activity from man's activity. "We gladly keep the old traditions set up in the church because they are useful and promote tranquility, and we interpret them in an evangelical way, excluding the opinion which holds that they justify" (Apology to the Augsburg Confession 15,38). This distinguishes the Lutheran Reformation from later radical reformations that sought to recover the church of the NT by emulation of NT practices as they understood them. For Lutherans, the Reformation slogan sola Scriptura ("Scripture alone") did not require the sacrifice of historical continuity. 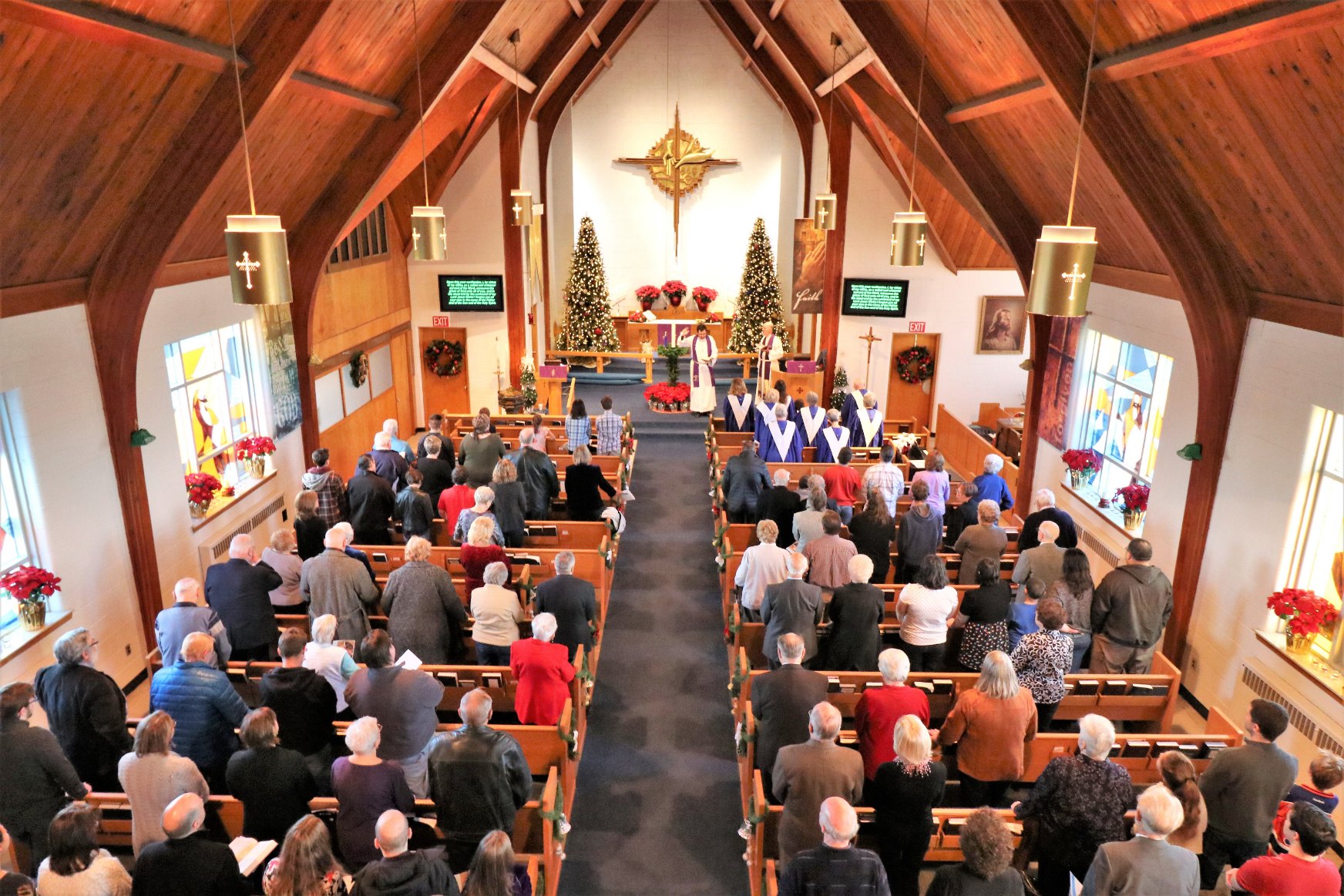 Why do pastors wear different clothing from the rest of the people in worship? Liturgical clothing, or vestments, serves a number of purposes. Before we discuss them, we need to be absolutely clear that the wearing of vestments in no way implies that the wearer is more holy or is closer to God than other people. Neither do Holy Scripture or the Lutheran Confessions require the use of particular clothing. While the ministry of the Old Testament had elaborate and costly vestments specifically mandated by the Lord (Exodus28), the ministry of the New Testament has no such regulations with respect to clothing.

So why vestments? Vestments accent our continuity with the past. Christianity is an historical faith rooted in God's saving work in history. The NT church has a history reaching back to Pentecost. Most of today's vestments hearken back to the early centuries of Christianity. The white robe called an alb (Latin albus meaning "white") is a 5th century garment. The colored band of cloth worn by a pastor, called a stole (Latin stola) has pre-Christian origins in the synagogue, and has been worn by the ordained since the 6thcentury. The chasuble, a flowing over garment sometimes worn by the celebrant at Holy Communion, is adapted from the 4th century cloak.

Vestments are visual signals of the office or work that a person has. Judges in our civil courts wear black robes. Policemen, firemen, and medical personnel all wear uniforms that tell us what they do. While clothes do not make the person, they do tell what office a person holds. The vestments peculiar to the office of the holy ministry are the stole and the chasubile. They show who in the congregation has been entrusted with the administration of the Word and the sacraments.

Vestments help to cover up the personality of the person. This is true also of cantors, readers, and the choir. The servant disappears behind the Lord whom he serves. Our Lord must increase; we must decrease. Whether the pastor prefers polyester or wool, power ties or open collar, may not distract us from the office he administers. He is there as Christ's servant. In the Liturgy, pastors are visually interchangeable. "For they do not represent their own persons but the person of Christ." "He who hears you, hears me." (Apology 7,28; Lk. 10:16).

Finally, vestments serve as festive adornment for the Lord's gifts. Celebration typically involves decoration. We use fine china and crystal, silverware and linens for those "extra special" occasions. When we go to a 4-star restaurant at 4-star prices, we expect the servants to be well attired. How much more at the Lamb's high feast of victory where he bestows the gifts of Calvary!